Amortization vs. Depreciation: What’s the Difference?

Are you a business owner or investor trying to understand the differences between amortization and depreciation?

These two financial concepts are often used in accounting and finance, but they can be confusing, especially for startups.

However, both depreciation and amortization are used to match expenses with revenue to reflect a company’s financial performance more accurately.

At the same time, an investor may want to know about these differences in order to make informed decisions about the companies they are considering investing in.

This blog post will explain the distinctions between amortization and depreciation, their similarities, and how they are calculated, and will provide examples to help you better understand these concepts.

Amortization refers to the accounting practice of allocating the cost of intangible assets, such as a trademark, franchise agreement, trade name, organizational costs, costs of issuing bonds to raise capital, and patents, over a set period.

This is typically done using the straight-line method, which means that the same amount is recorded as an amortization expense each year over the asset’s useful life. Expensed assets under the amortization method typically don’t have salvage or resale value.

The term “amortization” can also be used in a different, unrelated situation. For example, in the case of a mortgage or a student loan, an amortization schedule is typically used to calculate a series of loan installments that include both principal and interest in each payment.

Despite the differences between the two, the concepts are partially related: because a loan is an intangible good, amortization is the reduction in the carrying value of the balance.

Depreciation is allocating the cost of a tangible asset, such as a building, furniture, vehicle, or machinery, over its useful life.

Like amortization, depreciation is used to spread out the cost of an asset over time, but it is only applicable to tangible assets.

Contrary to intangible assets, tangible assets may still be valuable after the firm no longer needs them. In order to account for this, depreciation is calculated by deducting the asset’s salvage or resale value from its initial purchase price.

The difference is equally depreciated throughout the asset’s estimated lifespan.

How to Calculate Depreciation?

To calculate depreciation, you must know the following:

You can find the useful life of specific business assets in Publication 946 How to Depreciate Property.

The following are the most common depreciation methods used.

The straight-line method is the most frequently used method for calculating depreciation. Under this method, an equal amount of depreciation is recorded each year over the asset’s useful life.

The declining balance method calculates depreciation faster than the straight-line method, meaning that a higher percentage of the asset’s value is depreciated in the early years of its useful life.

To calculate this, multiply the asset’s current book value by a fixed depreciation rate that applies over its entire life.

The sum-of-the-years’-digits method is similar to the declining balance method, but the depreciation rate is based on the sum of the digits of the asset’s useful life.

The double-declining balance method is used by companies when they choose to calculate the depreciation expense of a tangible asset at a faster rate than the straight-line method.

This method is more suitable for assets expected to have a higher usage level and benefits in the early years of their useful lives.

This method calculates the depreciation expense of a tangible asset based on its anticipated usage.

For instance, a business might decide to purchase a corporate car and plan to drive it 100,000 miles. It evaluates actual usage each year (12,000 miles traveled in year one) to determine how much depreciation to account for (i.e., 12 % of the depreciable base in year one).

The units of production depreciation method is more accurate than the straight-line method for assets used heavily in the production process, as it more accurately reflects the pattern of an asset’s usage and benefits.

The method used to calculate depreciation can depend on various factors, including the nature of the asset, the length of its useful life, and the company’s accounting policies.

It is essential to choose the method that best reflects an asset’s usage pattern and benefits over its useful life.

Similarities Between Amortization and Depreciation

Amortization and depreciation are two accounting methods used to spread the cost of a tangible or intangible asset over its useful life.

To aid your understanding of both methods, here are their similarities.

Key Differences Between Amortization and Depreciation

While amortization and depreciation are similar in that they are both accounting methods used to allocate the cost of an asset over the time of its useful life, there are some key differences between them.

Let’s look at some of them below.

Applicability of Amortization vs. Depreciation

The difference between amortization and depreciation is clearly seen in their application.

Depreciation calculates the loss of value of a tangible fixed asset over time. Assets owned by the business, such as real estate, tools, structures, buildings, plants, machinery, and cars, can be depreciated.

In contrast, amortization describes the gradual decline in the value of intangible assets such as intellectual property, patents, trademarks, and other comparable assets.

Implementation of Amortization vs. Depreciation

The straight-line approach is most frequently used to calculate amortization. In contrast, you can use several methods to calculate depreciation.

The formulae for calculating depreciation consider that a tangible item still has some salvage or trash value after its useful life is over.

Salvage value is not included in the amortization formula since an intangible asset lacks this value.

The formulas below illustrate how amortization and depreciation differ from one another.

Examples of Amortization vs. Depreciation

The straight-line method is typically used for calculating amortization. This method records the same amount of amortization each year over the asset’s useful life.

The formula for calculating amortization

If a company buys a patent for $100,000 with a useful life of 20 years, the annual amortization expense would be calculated as follows:

The formula for calculating depreciation

For the Depreciation method, the straight-line method can be used as well. Under this method, an equal amount of depreciation is recorded each year over the asset’s useful life.

If an enterprise buys a piece of machinery for $70,000 with a salvage value of $10,000 and a useful life of 6 years, the annual depreciation expense would be calculated as follows:

Why Do We Amortize a Loan Rather Than Depreciate a Loan?

Loans are also amortized because the original asset value has little weight in consideration for a financial statement. Although the notes may have a payment history, a firm only needs to record its current level of debt.

How Do I Know if I Should Amortize or Depreciate an Asset?

The decision to amortize or depreciate an asset depends on the nature of the asset and its expected useful life.

Typically accounting guidance via GAAP provides accounting instructions on handling different types of assets. Accounting rules stipulate that intangible assets are amortized while physical, tangible assets (except for non-depreciable assets) are to be depreciated.

It’s important to note that the decision to amortize or depreciate an asset is not always straightforward, and it may be necessary to seek the advice of a financial professional.

Amortization vs. Depreciation: Understanding the Key Differences For Your Business

Understanding the differences between amortization and depreciation is important for businesses and individuals. Here are the key differences:

Knowing these differences between amortization and depreciation is vital for CEOs and entrepreneurs who might want to sell their company because it can impact the valuation of their company and the taxes they may owe upon the sale.

If you are an entrepreneur looking to sell your company and want to learn more about how amortization and depreciation can impact your deal, schedule a consultation with us or call Sigma Mergers & Acquisitions at (214) 214-9400.

Scot Cockroft is the Owner & President of the #1 ranked Business Brokerage, Business sales and M&A firm in Texas. Scot has been named Named Deal Maker of the Year by Dallas Business Journal.

He is committed to a “different” type of business brokerage firm, one that is NOT about a sales pitch but, rather, results! In short, a business brokerage firm that is committed to performance-based compensation. Scot believes in these principles as well as a candid honesty with clients. His candid style often takes buyers and sellers by surprise, but is often what assures successful connections between the two.

Feel free to reach out! 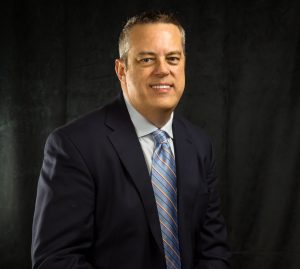 When I founded Sigma Mergers and Acquisitions back in 2003, I had sold my business the year prior. 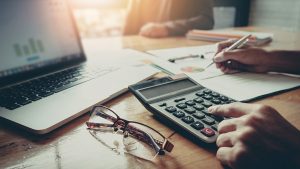 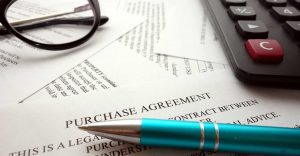 Anatomy of the Asset Purchase Agreement 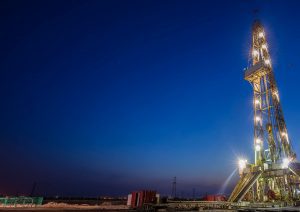 A Non-Compete Shouldn’t Be a Trap: How Non-Competes Work in Oil and Gas

Ready to get started?

Ready to Get Started?

Sigma is a the leading business broker in with Corporate offices in Dallas/Fort Worth with roots from 1984. Over 600 businesses sold in Dallas, Fort Worth, Texas, Oklahoma and across the South. Sigma provides full business brokerage services with NO upfront fees. We provide Market approach business valuations for business sales. Sigma is passionate about helping business owners achieve their goal of financial security. Contact us today for a free no obligation business valuation. We are here to help you achieve your goals.